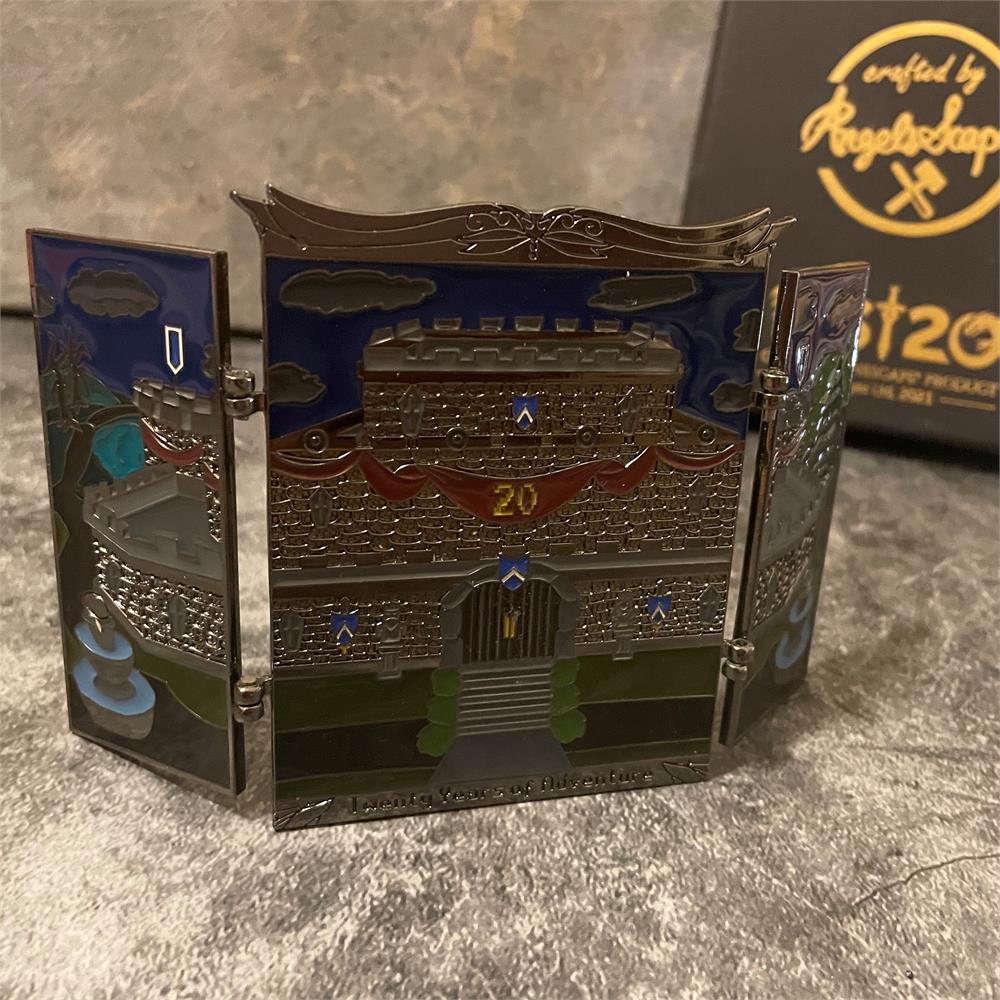 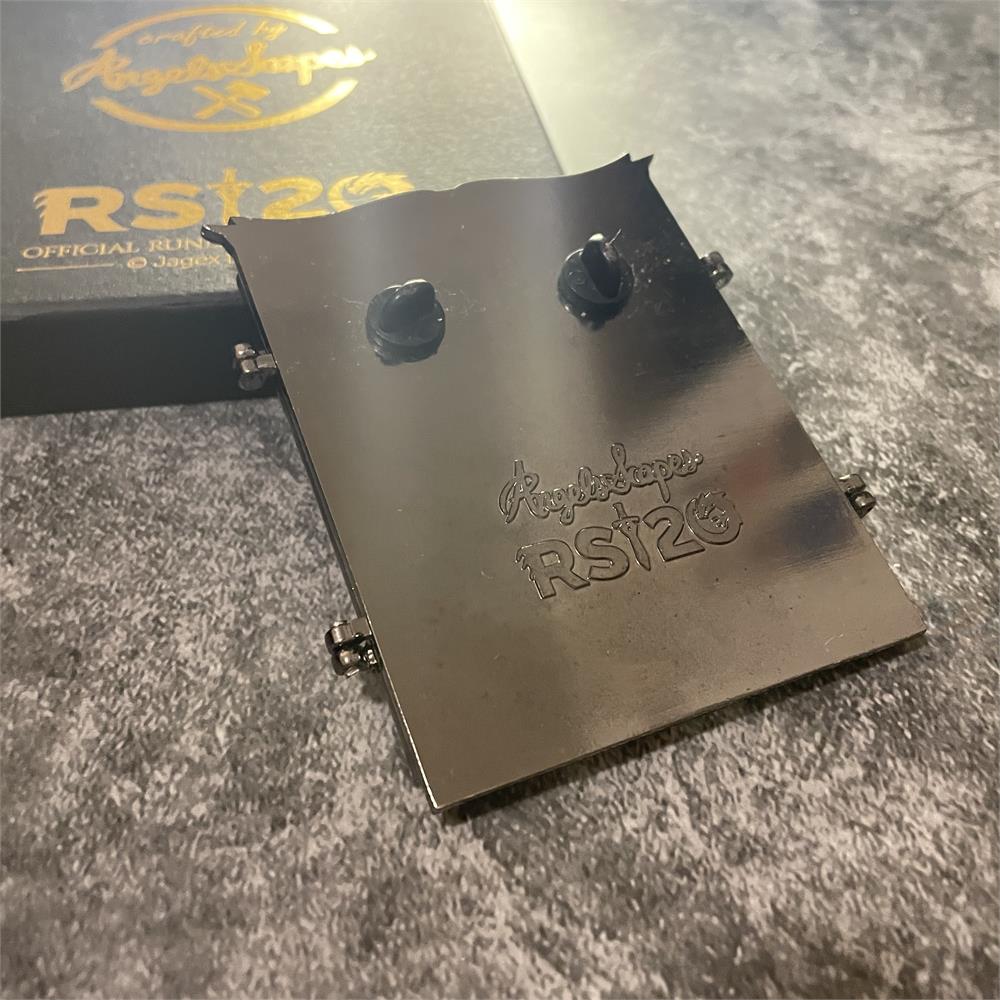 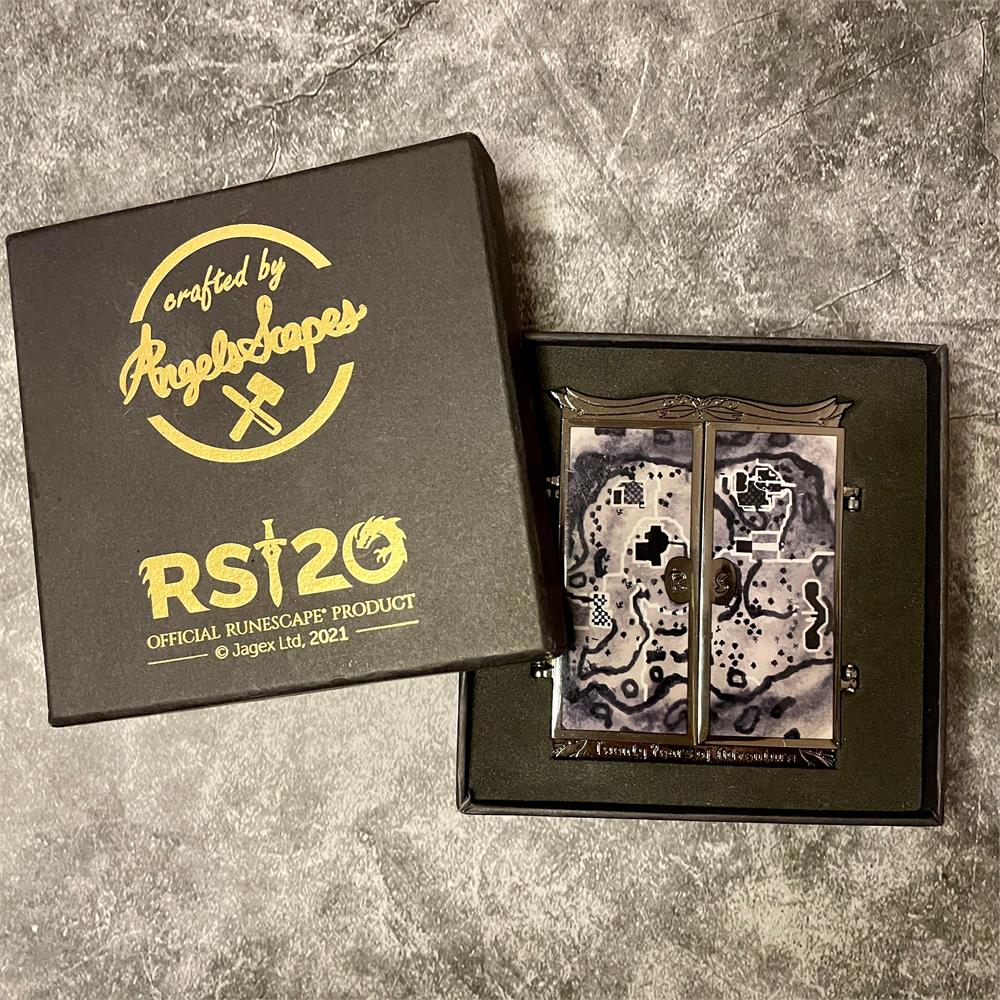 When closed this pin's doors feature a black and white UV print of Tutorial Island with epoxy coating. The RS runes are in raw antique nickel as door handles. Doors are hinged and when open reveal a night time scene of Lumbridge Castle decked out in a 20 years of RuneScape banner. Castle has coloured enamel and black nickel metal detailing. Castle stones are sandblasted raw black nickel to give a cobble stone effect. Official 20th Anniversary logo and Angels Scapes signature stamped on the back with 2 rubber fixing posts. Pin it on a board, or push the doors back and it can stand on its' own as a display piece. Comes packaged in a special commemorative 20th Anniversary black and gold card box featuring the 20th Anniversary logo. 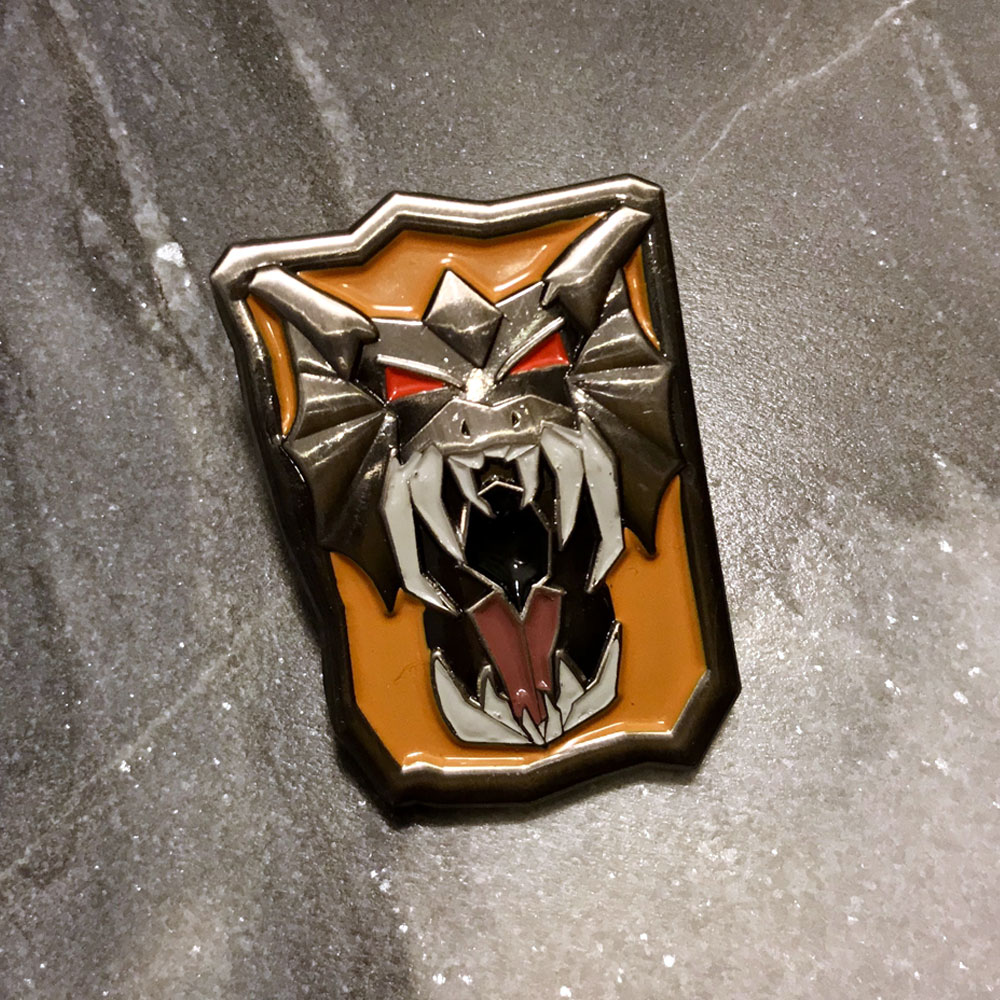 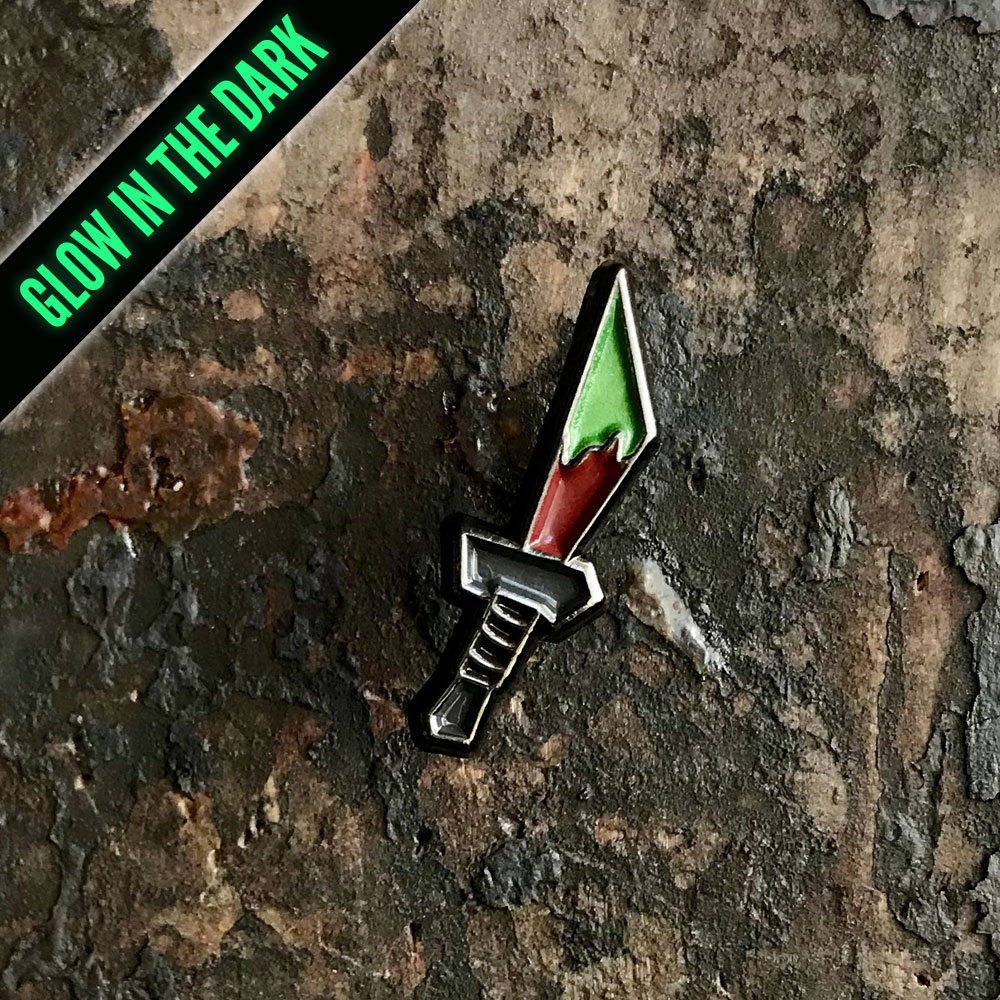 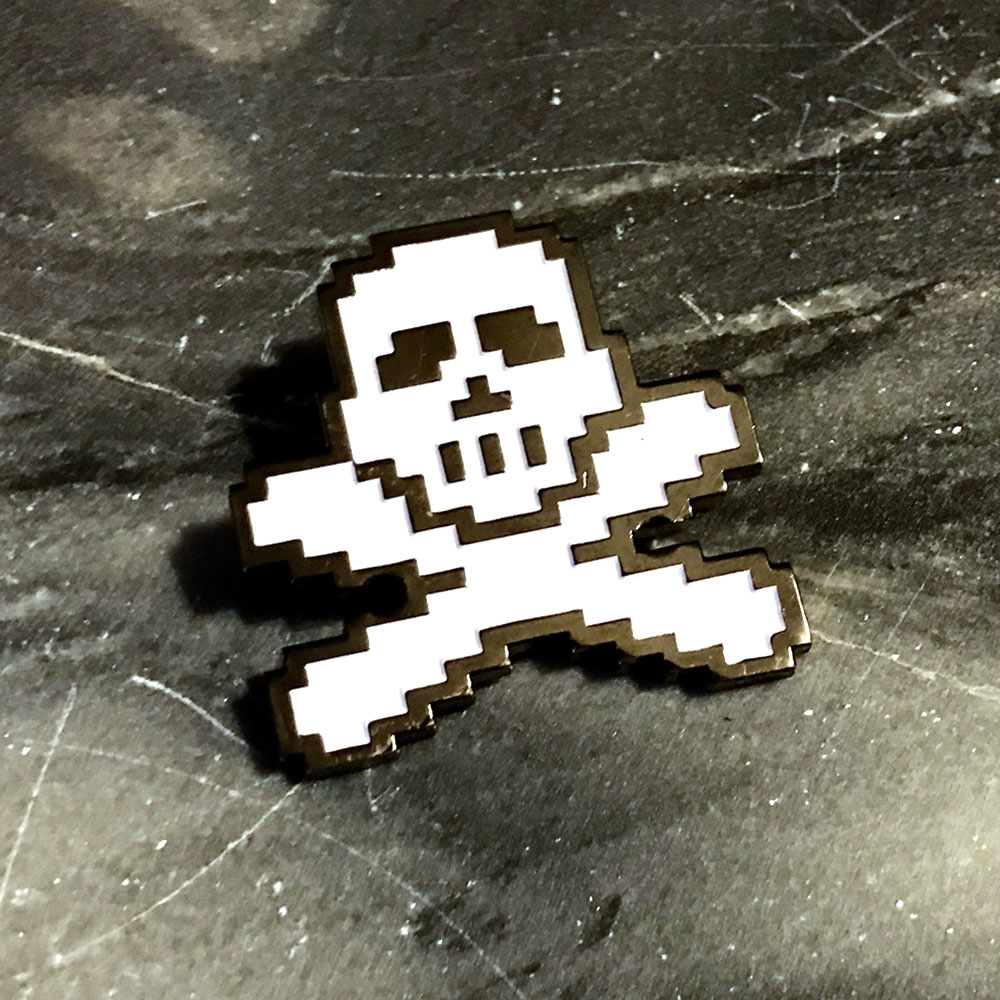 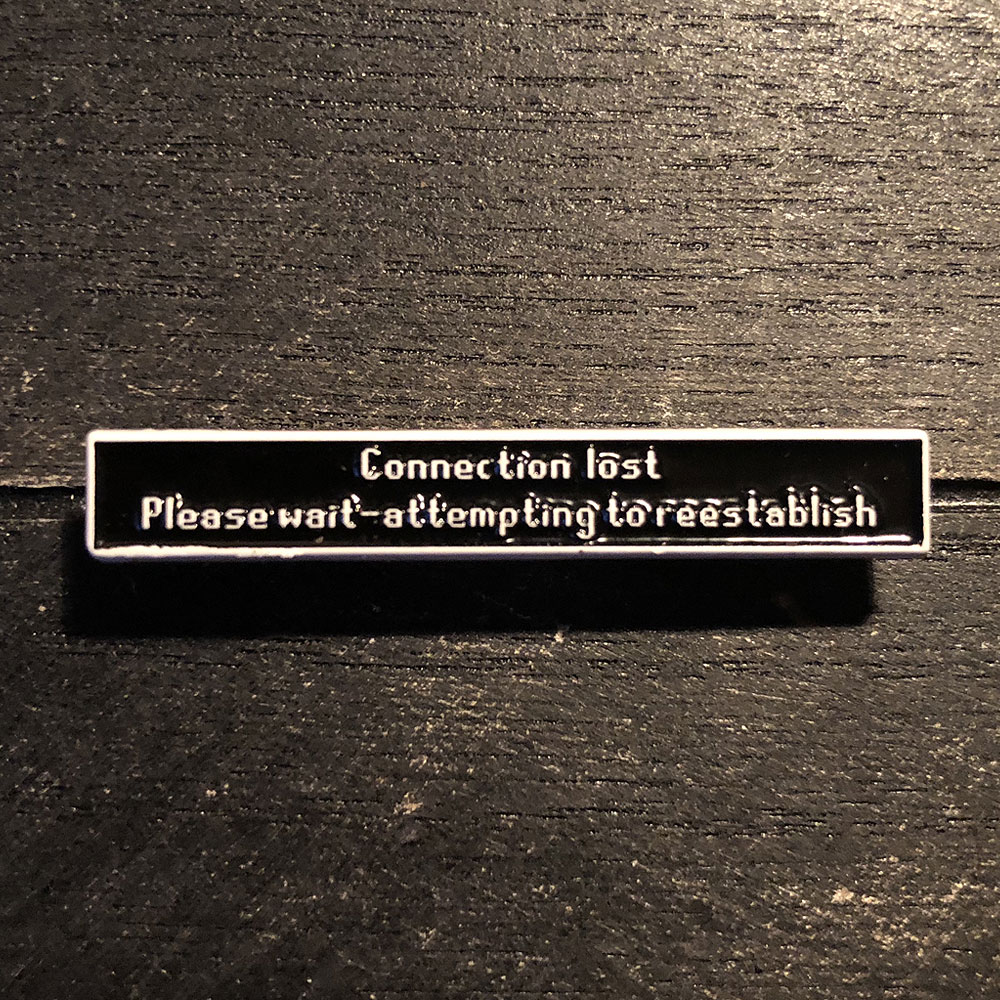 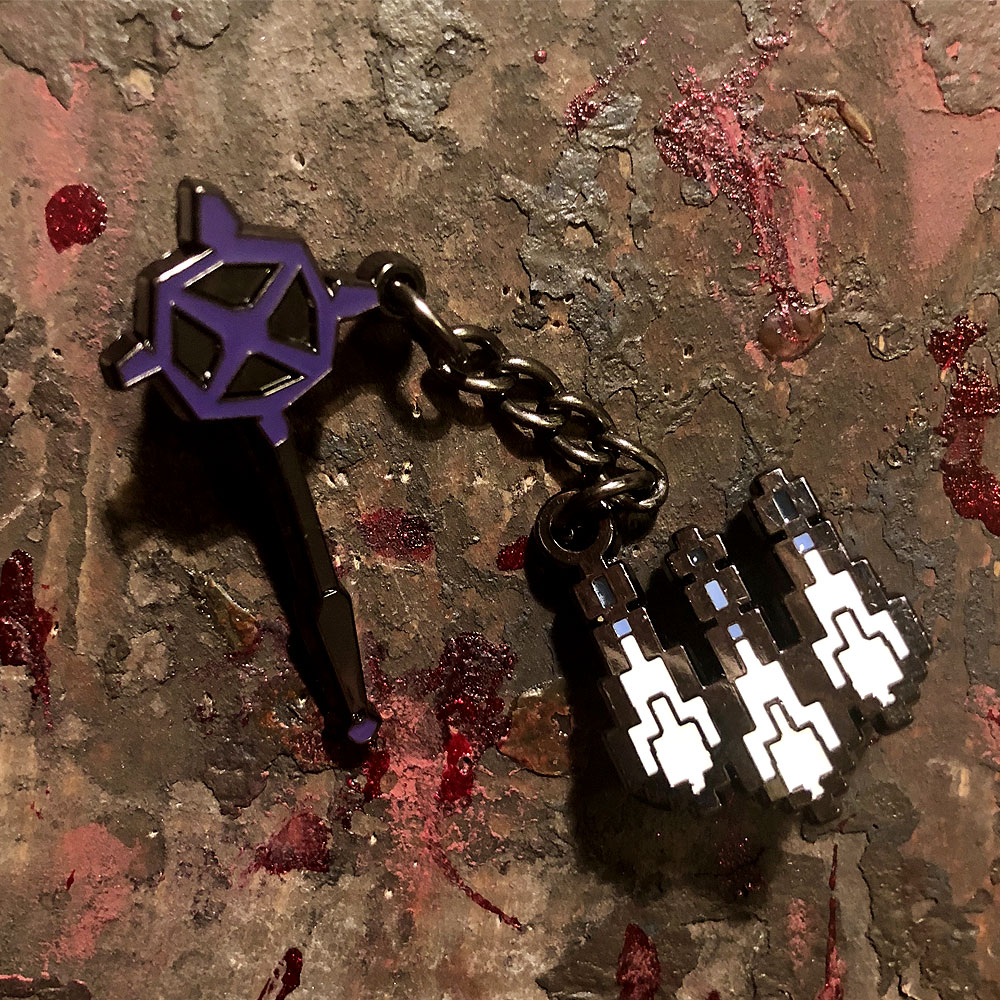 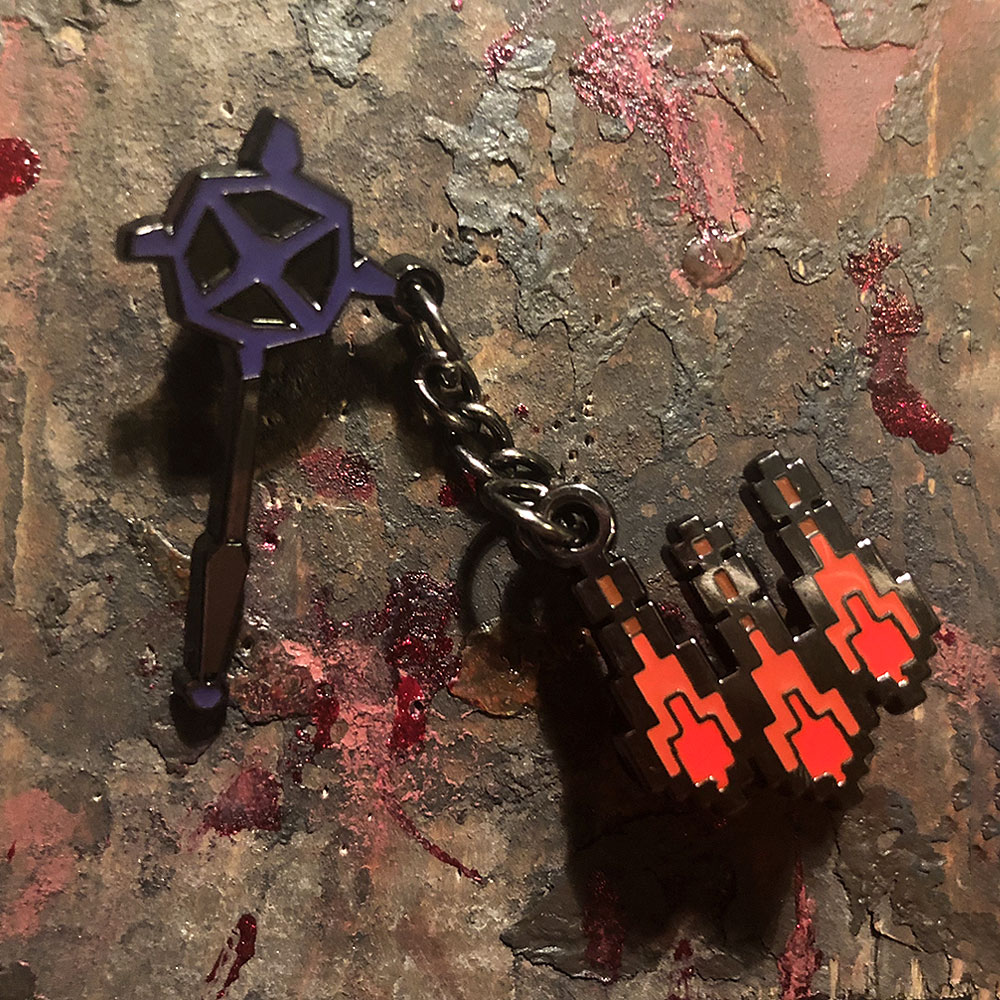